Hayward Renel Jean comes to the Orangeburg County School District from Mellichamp Elementary, where he made history with his team of teachers and students. Together they were one of eight South Carolina schools in 2013 to go from an "F" rating to an "A" rating in one year, and in 2014, they were the recipient of the school's first-ever Palmetto Silver Award winner for academic performance. Each year the school consistently makes adequate yearly progress towards the state's goal of the profile of the South Carolina graduate.

As principal, the Orangeburg Branch of the NAACP named Hayward as the Presidential Citation for Educator of the Year in 2016. In 2017, Hayward was a guest on the internationally syndicated television program, "The 700 Club," where he discussed growing up without his father to now being like a father to students who call him "Dad." The "I'M" possible Scholarship Fund named Hayward as the Living the Legacy Award inaugural recipient for his efforts to impact youth. National education expert, Salome Thomas-EL, writes of Hayward in his award-winning book entitled, "The Immortality of Influence," with a foreword written by actor Will Smith.

As an inaugural member for Call Me MiSTER®, Hayward speaks nationally about the program and provides professional development for pre-service teachers, teacher practitioners, administrators, and higher education faculty. Hayward was honored as Claflin University's first Young Alumnus Visionary Award recipient in the University's Hall of Fame. In 2018, the Orangeburg Chapter of The Links Incorporated honored Hayward as "Father of the Year" for his community service. On August 10, 2019, Hayward was honored as the South Carolina Male Achievement Conference "Fatherhood/Man of the Year."

As a motivational speaker, Hayward is the founder of Speak Life Enterprises, a speaking organization that empowers communities and organizations all over the country. Hayward is also the Assistant Pastor of The Feast of the Lord in Orangeburg, SC. He is married to the lovely and talented, Starlette Jean, and they have three dynamic children, Hayward, Malachi, and Imani. 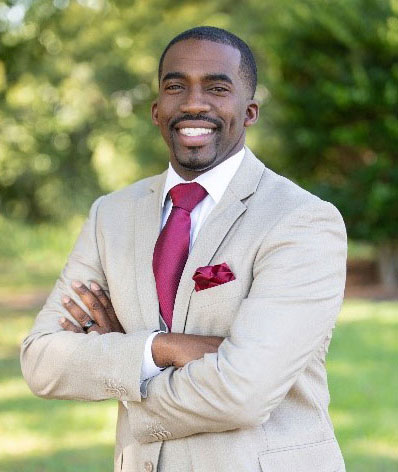