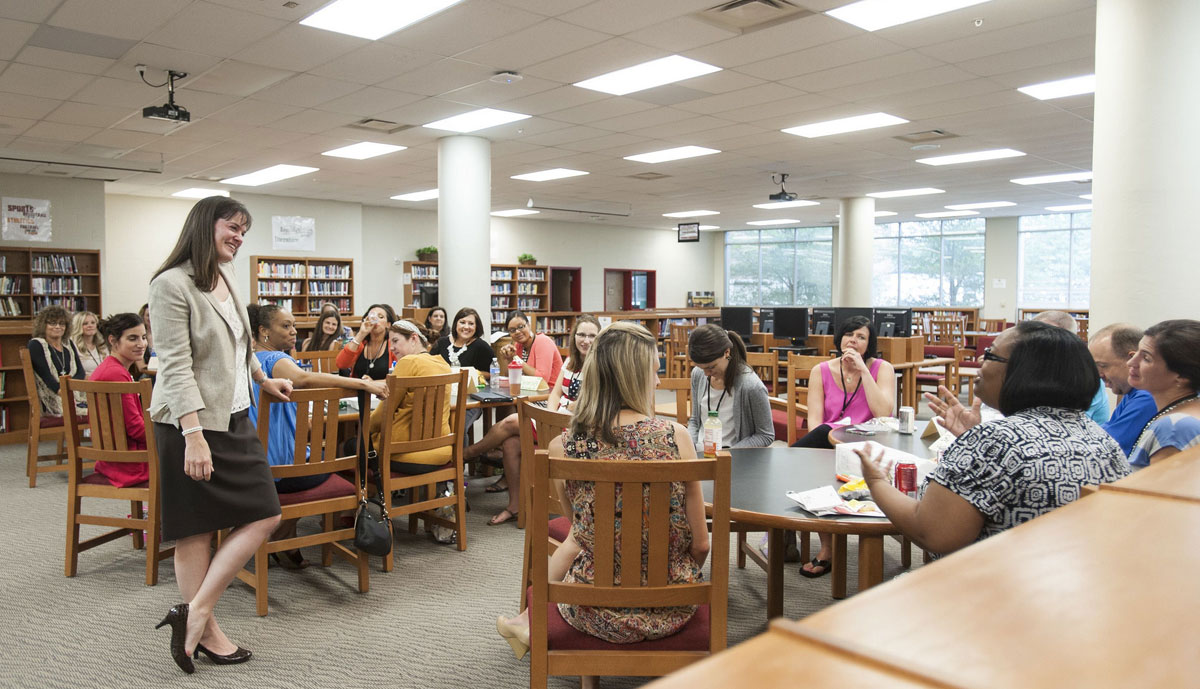 Is education research today written for educators—or for other researchers?

Here's a question I've been wrestling with: Is education research today written for educators—or for other researchers?

There is a wealth of education research released each year from universities and think tanks. Often, the research doesn't travel very far. More often, it does not tackle the practical "how" angle that educators are craving—and need.

Findings end up living in lengthy whitepapers and conference presentations, with one or two standouts making it into the news—especially if they are controversial. Findings often do not live in the real work happening in schools and districts.

The reasons for this are far more complex than asking: Why don’t teachers just use "what works?"

Teachers want to do their best. They got into teaching because they wanted to make an impact on students. If there's a way to improve, they want to know about it. On a panel discussion earlier this week at the 2019 Milken Institute Global Conference in Los Angeles, this was the one area that all of us—from researchers to a national union president to a teacher prep reform leader—agreed on. Educators wake up every morning with a desire to improve the lives of their kids and teach them what they need to know, and they work hard to do just that.

If that's the case, why are some more effective than others? Or if we know why some teachers are effective, why aren't more schools adopting those practices?

We have a number of theories about that—and politics and local priorities are on that list, as are the demands on educators to learn about and implement those strategies. More importantly, as a number of our NIET partner schools could attest, changing a system that is literally hundreds of years old is hard, and there are no overnight successes. Maintaining a new approach takes not only the dedication of the superintendent and principals, but the continued dedication of the next leaders in line—and the support of the entire education community.

That's what happened in Tennessee, when for 16 years a combination of Democrat and Republican governors shared a vision for education reform, one that was rooted in research. Tennessee became the fastest-improving state in the nation, and now students are graduating at higher rates than ever, with higher ACT scores than ever (even with more students taking the exam!), and they are going into new fields of work. Researchers from around the country have studied what we did, and they can tell you the secret formula: higher expectations for students, better support for educators, stronger accountability for everyone—from students to state leaders—and meaningful pathways for students that contain a variety of options for their future. But few states have followed in the footsteps of Tennessee, whether it's because they don’t know about that research or—more likely—they don't know how to translate those takeaways into palatable local action.

That's where we need to improve: both asking researchers to break down their findings into digestible takeaways along with pushing them for realistic solutions AND asking educators at all levels to stay grounded in what evidence shows works. Our responsibility as those who support educators is to provide them with the guidance and cover to stay the course, as well as bridge the divide between the research community and teachers' experiences.

The Tennessee story is just one example among many across the country about how to translate research into action—and then follow back up with research on the impact of those investments and what teachers have to say. In working in hundreds of our NIET schools, we also have seen that when research and practice are married, students win. 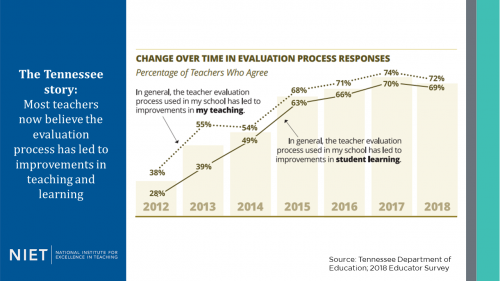 We know the power of evidence-based practice, so we asked some leading education researchers to share their latest findings with us and meet with educators to get their feedback. Those papers from Frederick Hess, Eric Hanushek, Kate Walsh, Matthew Springer and Stephen Heyneman are now available on our website. They share their research on everything from strategic compensation to student ownership to rethinking teacher roles, all with some thoughts about what could happen next.

We will share out more from those over the next several weeks, but here is one additional takeaway for now: What researchers are finding is too important to not make its way into the hands of teachers.

Kate Walsh from the National Council on Teacher Quality, who joined us in Los Angeles for both the panel and for the discussion NIET hosted with researchers and educators, is another leader who is pushing for this shift. She notes we often fail to provide evidence-based training and preparation for teachers—so they don’t even know the best way to teach reading. She writes in her new paper: "Instead, programs offer up teaching as an 'art form' that resists best practices in favor of developing one's own philosophy. … It's not clear, however, that the nuance of teaching is at odds with the science of research-based teaching practices. Other fields are able to bridge this seeming divide. Architects must design homes and office buildings that conform to the laws of gravity, the limitations of building materials, and local zoning and building codes—and yet can still bring a unique aesthetic to their work, designed with the owners and setting in mind."

Too often, teachers are not given the tools and structures to be successful because those who should hold this knowledge – teacher preparation faculty and education researchers – don't transfer it in ways that are well-understood or in ways that actually work in the classroom. Instead, educators are often left to figure it out on their own—even when there are tools and structures we could and should give them. Just as one principal at our roundtable event voiced, educators see research and say: "How would I go about doing this?" with few practical answers.

We need to elevate this conversation within our education community and insist on deeper ways to connect the science of research-based teaching practice to actual work in classrooms. And, we must insist that education research more often than not furthers the evidence-base for improving practice, instead of primarily furthering the careers of academics.

2019 at NIET: Making what is good even better