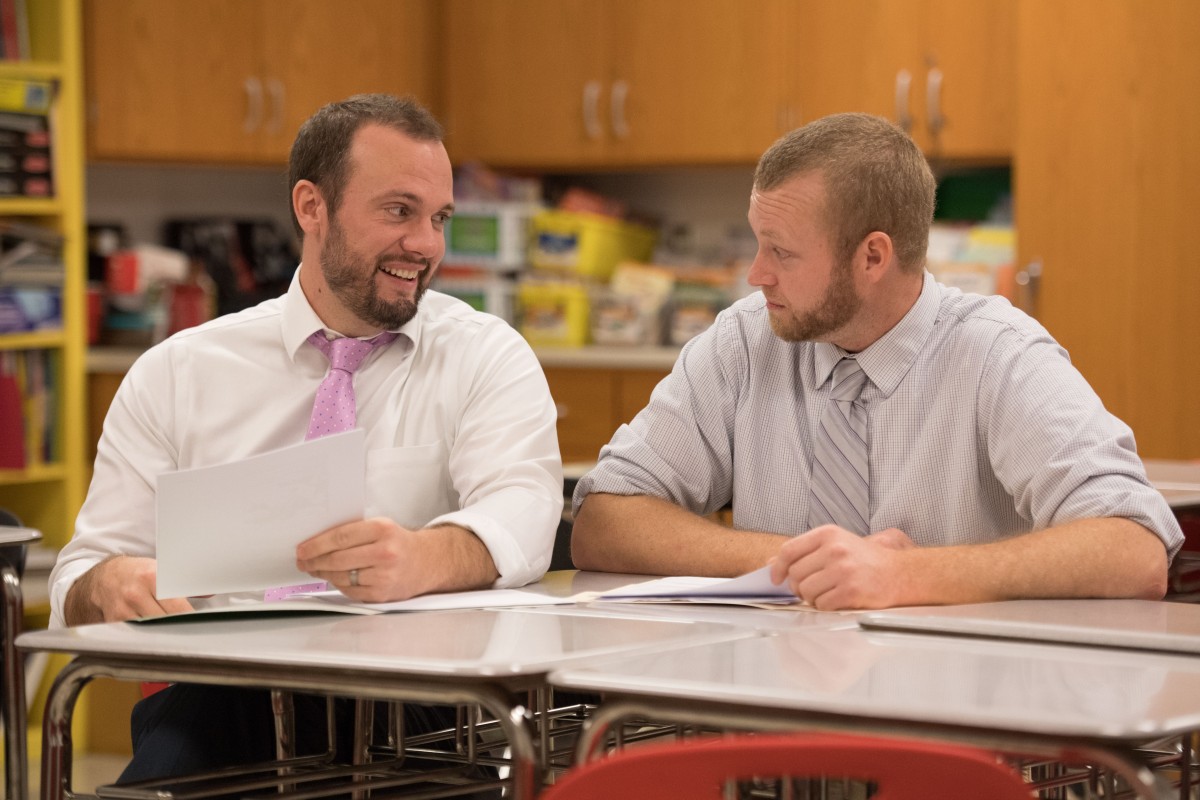 Brian Lee has been familiar with the saying, "It takes a village to raise a child," for as long as he can remember.

Today it means something very real to him as a teacher at Dodson Branch School in Jackson County, Tennessee, where, for more than 13 years, he has become an influential figure in raising its children. It's a labor of love even Lee, a former Dodson Branch School student and now social studies and science teacher, admits he never saw coming.

"Back when I was in school, I remember telling people there was absolutely no way I was going to be a teacher," Lee said. "But what I really came to appreciate as I got older was the special bond I had with so many of my teachers. Growing up in a small town, there was always such a sense of community, and I wanted to be a part of that for the younger generation."

It's the opportunity to build one-on-one bonds with students and their families that motivates Lee. Having been in the very same seats his students now sit, there’s an authentic connection and a drive to instill confidence in each and every one of them.

"I've always been a big believer that school is about more than a series of test scores," Lee said. "It's so much more, and that's something I don't want to get lost in the shuffle. One of the things I noticed when I got into teaching was that, with the evolution of standardized state testing, it was becoming easier to fall into the habit of teaching to a test."

One way Lee and fellow faculty at Dodson Branch School are ensuring that every student is supported is by building their instructional expertise using a research-based system called TAP. "With TAP, we’re purposely building time into our schedules so teachers can collaborate," Lee said. "We get together regularly to talk about what we’re seeing, identify trends and specific needs in our classrooms, and that’s something time just wasn't set aside for in the past."

Rather than strictly sticking to lecture notes, teachers at the school are focused on empowering students to share and expand on their own ideas, Lee explained.

Have a great story to share about how NIET's practices have influenced you, your school or your district? Email media@niet.org or tag @NIETteach on Twitter with the hashtag #ShareYourStory.

Back to Basics: How Louisiana is Supporting School Improvement Through Best Practices

How to Help New Teachers This Fall? Support Teacher Mentors.