Dr. Candice McQueen is president of Lipscomb University in Nashville, Tennessee. From 2019-2021, Dr. McQueen was chief executive officer of the National Institute for Excellence in Teaching (NIET). Over the last 20 years, NIET has worked across 20 states to improve teaching and learning through a focus on human capital, and its signature TAP System for Teacher and Student Advancement has been proven effective. In Dr. McQueen's first year as CEO, she led a vision-setting and strategic planning process for the organization, called NIET Now, and has overseen the growth of NIET's work, including doubling of service days, receiving more than $50 million in new multiyear federal and state grants, releasing new reports and communications strategies that promote teacher leadership, and increasing the size of NIET's team by 50%.

During the last two decades, NIET's collective efforts have impacted more than 275,000 educators, 30,000 teacher leaders, and 2.75 million students. As NIET celebrates 20 years of supporting effective teaching, it continues to lead the conversation about the next innovations in education, focusing on how to best support not only classroom teachers, but school leaders, district officials, and faculty in preparation programs.

Prior to Dr. McQueen's role at NIET, she was Tennessee's commissioner of education for four years. As commissioner, she led the creation of a strategic plan called Tennessee Succeeds, which became the department's plan for the Every Student Succeeds Act (ESSA). Tennessee Succeeds outlines goals and strategies to increase college and career readiness for Tennessee's 1 million students. During her time as commissioner, Tennessee experienced its highest graduation rate, highest ACT scores, and largest increases in career and technical education enrollment in the state's history while also transitioning academic standards and the statewide assessment to higher expectations. In 2018, Education Next noted that the quality of Tennessee's academic standards moved from an "F" to an "A" over the several years, with Tennessee also being the only state to both raise expectations and improve student performance simultaneously.

Dr. McQueen has long advocated for focusing on human capital as the primary lever for change. In 2018, researchers at Georgetown University pointed to Tennessee's teacher evaluation and professional development model, which is supported by NIET, as leading to substantial, career-long improvement in teachers and resulting gains in student achievement.

Prior to her time as commissioner, Dr. McQueen was senior vice president and dean of the college of education at Lipscomb University. She started her career as a classroom teacher, teaching in elementary and middle schools in Tennessee and Texas. McQueen serves on the Board for the Council for the Accreditation of Educator Preparation (CAEP), is a member of Chiefs for Change, serves on the Results for America state advisory committee, and was named a distinguished faculty member in education at Lipscomb University. She holds a master's degree from Vanderbilt University and a Ph.D. from the University of Texas. 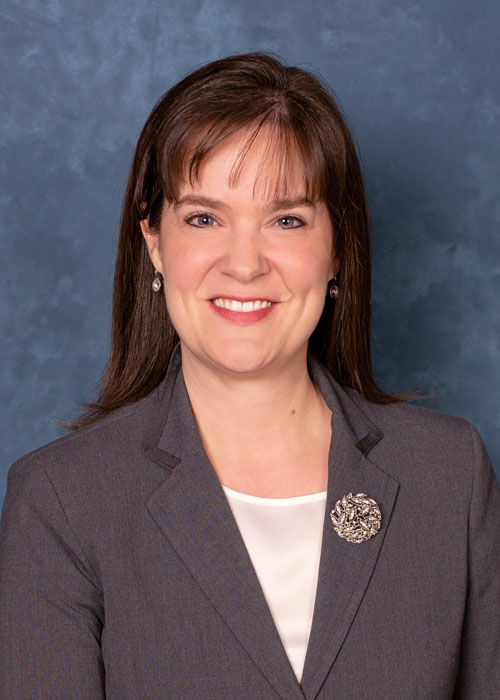 One of my favorite teachers is Mrs. Lee Ellen Beach, my high school speech teacher and forensics coach. She was an exceptional teacher with high expectations and boundless energy. Mrs. Beach both pushed me to excel and supported me along the way to step outside my comfort zone and to meet ever-increasing goals. Her creativity and passion for teaching inspired me to want to be the same and I will be forever grateful to her for her mentorship.

I loved all subjects taught by a great teacher—that was always the differentiator for me. I also gravitated toward courses with lots of reading, writing and problem-solving—three things I still enjoy today.

What makes you excited about NIET's work?

Effective teaching is the absolute best way to drive student success, so there is no other organization I'd rather be leading than one where this belief is matched with exceptional outcomes. As Tennessee's commissioner of education, I saw firsthand the difference NIET's partnership can make for students. I witnessed the dramatic difference that NIET's rubrics and evaluation support brought to schools across the state. Additionally, many schools in Tennessee that adopted the TAP model now experience our top level of growth every year. I am honored to work with NIET's incredible team to help bring this support to educators and school leaders across the country, so more students can have the opportunity for success.