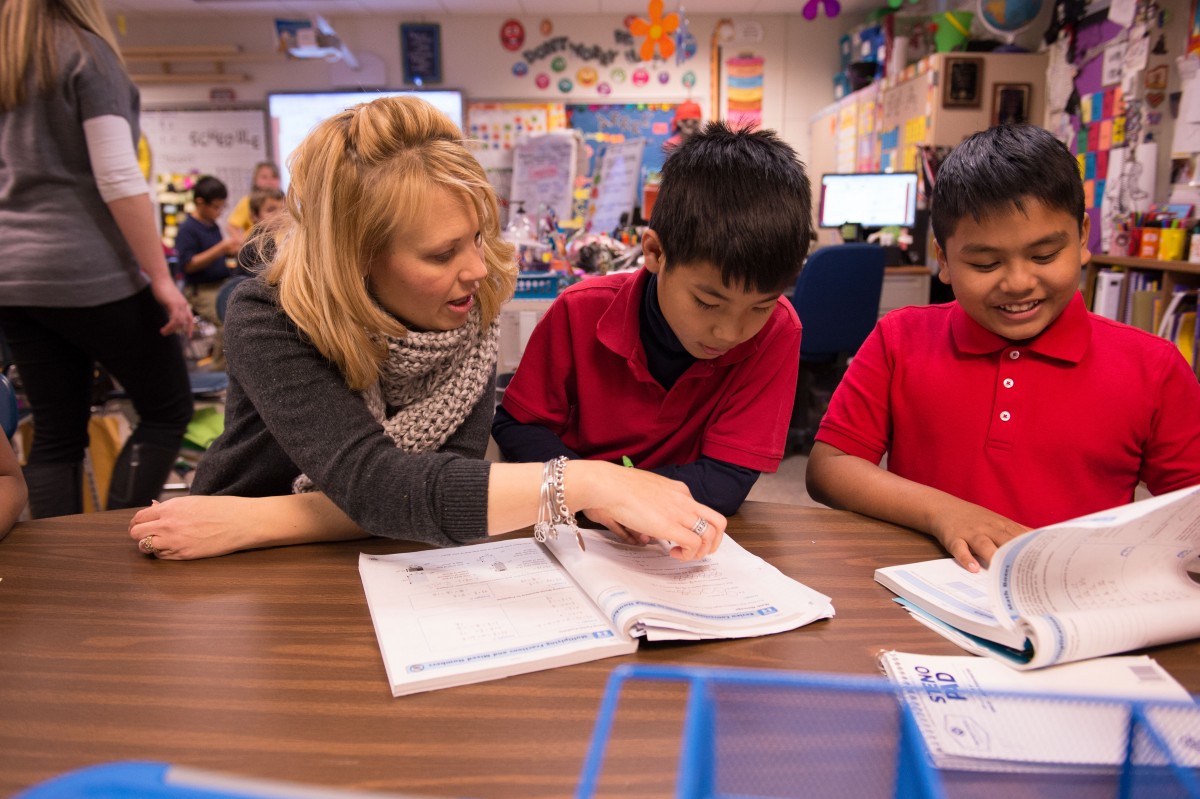 The award, which includes a $50,000 prize to be used toward continuing to improve classroom teaching and student success, was presented at the 16th National TAP Conference in New Orleans, Louisiana, before 1,000 educators, policymakers, researchers and other influential leaders. Principal Dr. Danny Mendez accepted the award on the school's behalf.

Funded by the Lowell Milken Family Foundation, the TAP Founder's Award is given annually to one school for exceptional efforts to implement and represent the principles of the TAP System – resulting in significant and sustained increases in student achievement, among other goals.

The TAP System is America's leading comprehensive educator effectiveness model that aligns teacher leadership, daily job-embedded professional development, meaningful evaluation and support, and opportunities for performance-based compensation. TAP has been on the ground for more than a decade. It supports schools, districts, universities and states in their missions to strengthen classroom instruction with the ultimate goal of improving learning growth for all students.

"Talented educators have the power to influence policy and practice on a broad scale through leadership, persistence and sharing their valuable experiences with others," said Lowell Milken. "From day one of TAP implementation, Danny Mendez has been that kind of leader. He sets high expectations, maintains a sharp focus on building capacity to meet them, and never falters under increasing educational challenges. Danny embodies what the school calls 'The Southport Way,' doing 'whatever it takes' to raise student achievement. I commend the entire faculty and student body on this most worthy recognition."

Mendez has described Southport Elementary School as "empowered, reflective and limitless" as a result of TAP’s implementation there beginning in the 2011-12 school year. One of his main goals for adopting the TAP structure was to close achievement gaps, particularly for ELLs, special education, and economically disadvantaged students.

The school's ELL population has grown from less than 3% nine years ago to 56% today. Similarly, students eligible for free/reduced-price lunch jumped during that time frame from 45% to 81%. Unique to Southport Elementary's student population is that 40% represent refugees from Burma, many of whom have never attended school due to religious persecution in their home country.

"You have not seen poverty until you see someone arrive with all of their belongings in a plastic bag," Mendez has explained of the situation. "Many of our students were grappling with a new language as well as the whole concept of this thing we call 'school.'"

Tackling the challenges head-on, Mendez and his faculty instituted the TAP System structure to target individual needs and collaborate on innovative instructional strategies beneficial to all students. Teacher leaders began guiding weekly professional development and providing individual coaching in classrooms. Mendez committed himself to attending the regular meetings, motivating his staff to embrace the new learning and supporting them to achieve at even higher levels.

TAP's teacher leadership opportunities and professional development are complemented by meaningful systems of educator evaluation, feedback and support, as well as a compensation system that rewards educators for increased skill and student performance, and for taking on new leadership roles and responsibilities.

Southport Elementary implements TAP with the help of a federal Teacher Incentive Fund (TIF) grant, with the Center of Excellence in Leadership of Learning (CELL) at the University of Indianapolis working as a lead partner to districts implementing TAP in Indiana.

"The TAP System is a perfect fit," said Mendez. "The focus and structure TAP gave us to systematically improve instruction led to dramatic results. The growth has been substantial for our most challenging student subgroups."

In the 2011-12 school year, Southport Elementary's school letter grade was a C, and with the help of the TAP structure, increased to an A in subsequent school years. At the same time, schoolwide value-added growth also steadily increased. Compared to similar schools in the state, Southport Elementary went from a 3 (meeting targets) to a 5 (significantly exceeding targets) on a 1-5 scale. In terms of its ELL population, the percent of students proficient or advanced on the state test increased from 33% in 2012 to 63% in 2014. For those eligible for free/reduced-price lunch, the passing rate moved from 66% to 77% during the same time frame.

Southport Elementary School's achievements have served as a model for the state and nation. TAP schools across Indiana and from other states have visited to observe teachers and students in action. The school staff has shared their experiences at regional and national events, and their lessons are featured on the TAP System Training Portal as a resource for other TAP schools across the country.

Their efforts to exchange best practices earned them a TAP Ambassador Award in 2013, and the Perry Township district received a TAP Award of Distinction in 2015.  Mendez regularly shares his school's experience to make substantial improvements in teacher effectiveness.

TAP Founder's Award recipients are selected without their knowledge by NIET, which manages and supports the TAP System. The honor is based on distinction in the following areas: proficient implementation of TAP's four elements, student academic growth according to state or federal measures, and notable recognition as a center and resource of best practices.

Photos from the TAP Founder's Award presentation will be available for download at http://www.niet.org/newsroom/photos.

The TAP Founder's Award profile video for Southport Elementary School can be viewed at http://www.niet.org/newsroom/videos and on NIET's YouTube channel at http://www.youtube.com/NIETteach.

For more information on the TAP System or the 16th National TAP Conference in New Orleans, visit http://www.niet.org.