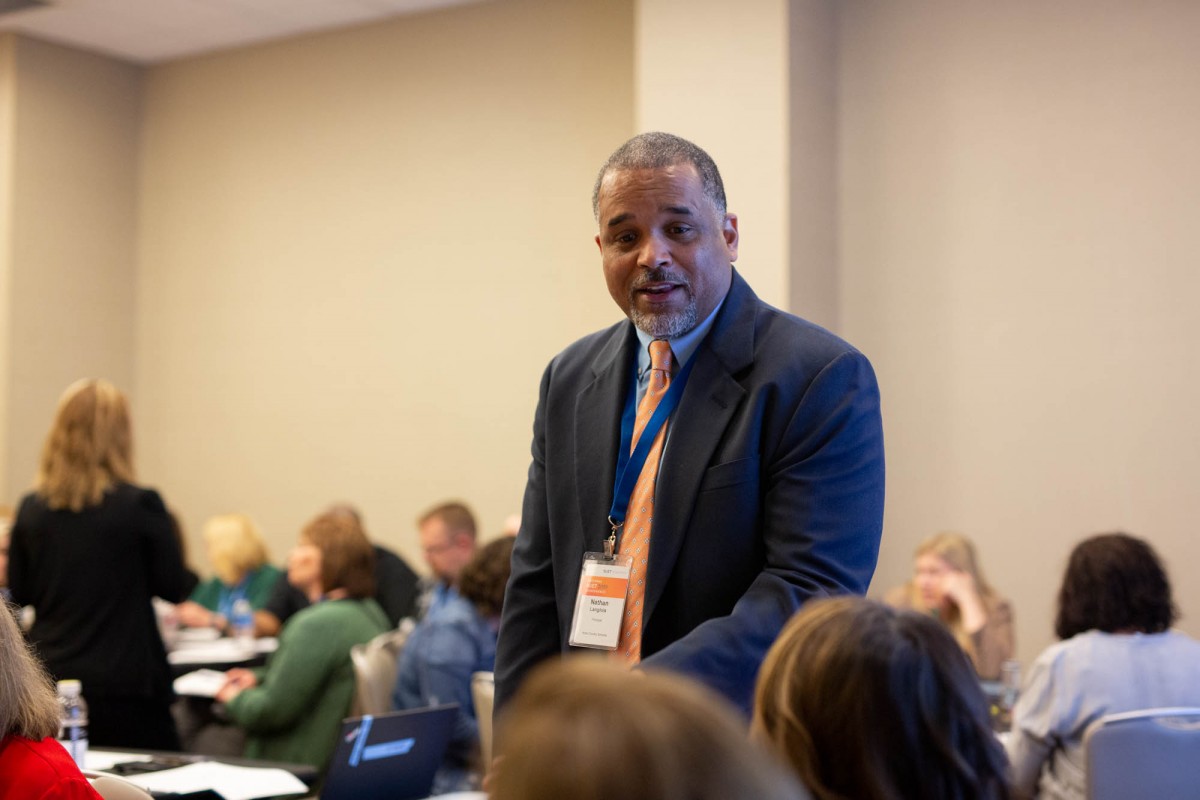 Austin East is a performing arts magnet high school in Knoxville, Tennessee, that is home to 643 students. Knox County has over 88 schools that span urban, suburban, and rural contexts – over 70% of the students it serves are white and nearly 17% are African American. In contrast to the district at large, Austin East is one of the schools in Knoxville’s urban core and serves a student population that is 81% African American.

While Austin East is not designated as a Priority School (meaning a school whose performance ranks in the bottom 5% of schools in Tennessee), many of its feeder schools are at or near the Priority Schools level. As a result, many of the students who enter Austin East aren't ready for high school level work.

Austin East has the dual challenge of closing gaps for students who are behind academically, while also pushing their high-school-ready students toward mastery and college readiness. As a result, Austin East has struggled to attract and retain teachers, in large part because teaching so many students with varied academic, social, and emotional needs is professionally and personally challenging work for teachers.

In 2012, Austin East was selected as part of a cohort of 14 schools in the district that received federal funding to create school-based systems of teacher support through the development of a cadre of teacher leaders working with administrators.

When Principal Nathan Langlois took over in 2017, he and his leadership team focused on identifying and continuing to sustain the most impactful elements of the instructional support system. Austin East decided to bring in NIET Executive Program Specialist Natalie Szakacs to help the leadership team identify pitfalls that could hinder implementation and provide support and critical observations as coaching was rolled out into classrooms.

As Austin East began to support teachers with lesson planning and execution, they ran into another problem: Teachers were struggling with classroom management and, as a result, weren’t able to get through the lessons they had spent so much time and thought in planning. Based on a new round of classroom observations and coaching conversations, the leadership team found that most teachers struggling with management weren't fully aware of what was causing their lessons to fall apart.

They decided to form an observation team to conduct a multiperspective classroom walk-through that would examine individual student actions, teacher actions, and student dynamics. After the walk-through, the observation team would talk with the teacher about how each of the three aspects of classroom activity (teacher action, student action, student dynamics) interacted with each other.

Improvement is a constant process that must be brought down to manageable and concrete steps. What is promising for Austin East is that their improvement journey has enabled them to create a support system that can be adjusted to address needs as they arise, while continuing to keep the focus on strategies that will enable students to reach mastery.

They have cultivated a strong and collective understanding of where they need to grow, have a tested, clear plan for working toward growth, and have built into their coaching model the ability to continuously adjust and improve to address new challenges.

Download the PDF to read the full story: https://www.niet.org/assets/SuccessStories/case-study-power-of-coaching-system-knox-county-tennessee.pdf.